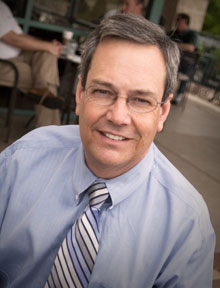 I founded Don Martin Public Affairs in 1989 because of my passion for solving complicated public relations and public affairs issues.  That passion is as strong today as it was more than 21 years ago.

My company was founded to help companies develop strategies to manage and solve critical issues, communicate internally or publicly about an issue or about their business, to help them deal effectively with the news media and social media, to deal with government-related issues, to plan for or deal with an emerging crisis, or to help with their public relations needs.

I provide senior-level consulting in public affairs and public relations in Austin and Central Texas.  I also work with the best-of-the-best of related consultants in graphics, web design, social media, video, print, legal, public opinion polling and other disciplines.

In the community,  I am currently a member of the Seton Williamson Board of Directors, and am a past member of Board of Directors for both the Austin Chamber of Commerce and Georgetown Chamber of Commerce.   I was a member of the Leadership Austin Class of 1984 and Chair of Leadership Austin in 1991.  I founded the Austin Chamber’s Project Greenscape program, and co-chaired the Corporate Headquarters Task Force. I am on the steering committee of Take On Traffic, was co-founder and chair of Citizens for Mobility, and on the board and the Executive Committee of the Real Estate Council of Austin (RECA).  I am a member of Opportunity Austin 2.0, and Round Rock Momentum.

A portion of my public affairs clients are related to real estate and I have a personal background in real estate development as well.  I was previously  managing partner of Street-Martin Companies, and then Austin managing partner of Luedtke Aldridge Partnership of Dallas.  I have personally built townhomes, residential condominiums, offices, office condominiums, and retail, but my primary activities have been in master-planned land development. Among other projects, I co-developed with my partner Bill Smalling two master-planned mixed-use projects – San Gabriel Village in Georgetown, and La Frontera in Round Rock. For information on La Frontera: Click Here

Immediately out of college at the University of Texas at Austin (where I also worked in the Texas Legislature while attending school)  I was an original founding partner in Legi/Slate, a computerized bill and vote tracking business that was later sold to The Washington Post.  I also published and edited Texas Government Newsletter for five years, and wrote several compilation books on votes taken in the Texas Legislature, and The Guide to the 67th Legislature.

———–
I also recently wrote a book on Austin history as told through collectible historic postcards (1890’s – 1940’s). The book “Austin” was published by Arcadia Publishing in May 2009.  The book is available in all major bookstores and Austin museum stores, on-line at the major on-line booksellers such as Amazon, or direct:   Click Here

I managed a high-profile public construction project that carried a long lead time, and required public affairs support and a well-thought out strategy to win. Don Martin provided the right contacts, strategy and insight to help us navigate some choppy waters and win the project. Don knows how to win.