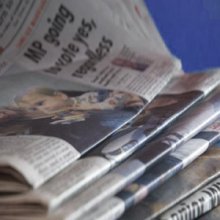 Sometimes media coverage comes from hard work, and other times it just happens.  So, what do you do when you get positive media coverage?  Here are a couple of ideas:

You probably can come up with more ideas.  Here’s the point.  If you get positive coverage, do whatever you can to leverage that coverage as much as possible by spreading the word yourself.  Even if your company gets a lot of news coverage, there will be stories worth sharing beyond their natural reach.  Failing to broaden the reach of positive coverage is a missed opportunity to tell your story.

Remember that a story written ABOUT you or your company has a  high credibility factor  since it is coming from someone else, a third party, versus something  you write about yourself. 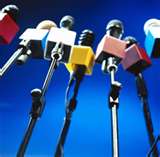 Sometimes the best response to a story you don’t like is no response.

I nearly always advise a client to respond to an attack or respond to a reporter working on a negative article. After all, if you don’t tell your side of the story, who will?  But  sometimes that’s not the best strategy.

The problem with responding to a negative story — even if you feel it’s wrong — is that your response may keep a bad story alive longer than it would live on its own.

What if the negative attack is true?  Attacking a negative story that’s clearly true just draws more attention to the story while picking a fight you can’t win.  That’s a losing strategy.

It can be painful not to respond back.  I have a recent client who followed the path of no response.  A TV reporter did several stories (no doubt trying to enhance his own cred at the sttaion), but no other TV stations picked it up because we didn’t make it a larger story by responding.

Here’s my question for you next time you find yourself tempted to respond to a story you don’t like:  Will your response really make your point?  Or will you just keep a bad story alive for another news cycle?

Our new blog is at: https://www.donmartin.com/dm_blog

Facebook can be really useful.  But who has time to read it every day? It’s a time suck.  Same with Linked-In and Twitter. It’s overwhelming.  But I found a great tool that lets you aggregate all your social media accounts and have it deliver a quick “summary” once a day (or once a week, or every couple of hours…whatever you want)  then you just skim an entire day’s worth in about a minute or two.  It’s free and it’s called Netshell  (at www.netshellmail.com )     Netshell . . . get it? It puts all that stuff in a “nut shell.”   It is by far my favorite new program.  –Don

See my Linked-In profile at: http://www.linkedin.com/in/dmartinaus